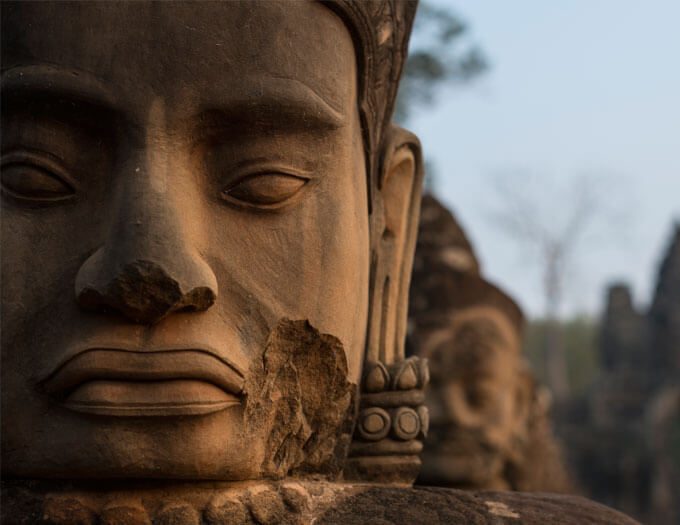 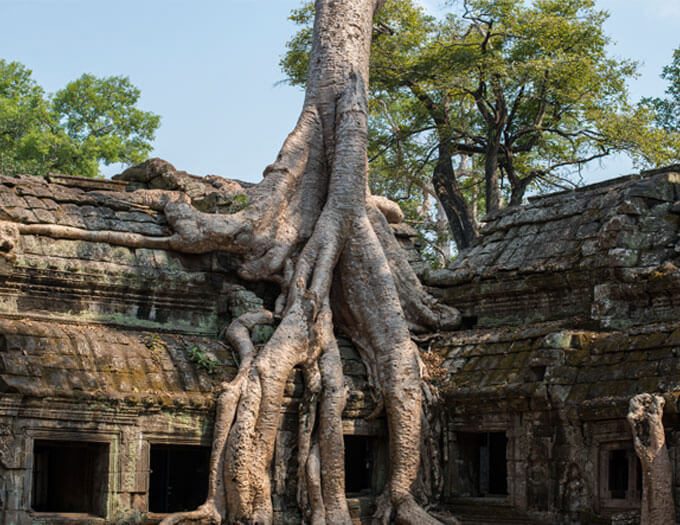 “Aside from the blistering hot and sleepless nights, the history, the culture, and these magnificent temples will stop you in your little dust-covered tracks.”

Aside from the blistering hot and sleepless nights, the history, the culture, and these magnificent temples will stop you in your little dust-covered tracks.

Two of our three mornings were spent rising before the sun and trekking through the jungle just in time to see it peak over the ancient architecture of Angkor.

The city has over 200 temples and other countless monuments, each more beautiful and unique than the one before. Built primarily in the early twelfth century during the Khmer Empire, they took decades to construct, and after seeing the intricacies of each temple, I can understand why. The stone walls are adorned with beautiful carvings depicting different Buddhist deities and their stories, while massive sculptures of Buddha in all different forms overlook the structures.

Most of the temples are under constant renovation due to age, erosion and war, but mostly because of the resilient trees. Their roots, which need very little soil to flourish, weave their way through the stone, pushing the temple’s foundation around like toy blocks. While destructive, these trees provide some of the most astounding sights, growing on top of what are already mind boggling structures, making these temples their home.

The people of Cambodia are incredibly friendly and accommodating, despite the obvious impact of poverty and war. Land mines, left by Americans during the Vietnam war, have literally crippled and destroyed bodies that work or beg for money by any means necessary, yet they are one of the most compassionate and welcoming cultures I have ever witnessed.

Cramming so much into such a short amount of time left us exhausted and ready to stand on familiar soil and look back upon this beautiful country, giving thanks for the opportunity to learn more about such a rich culture.